Welcome to FASHION with Flare

Welcome to FASHION with Flare

Two great Canadian media brands come together to bring you all things fashion and beauty plus the hot takes on all the big topics that matter.

Two great Canadian media brands come together to bring you all things fashion and beauty plus the hot takes on all the big topics that matter. 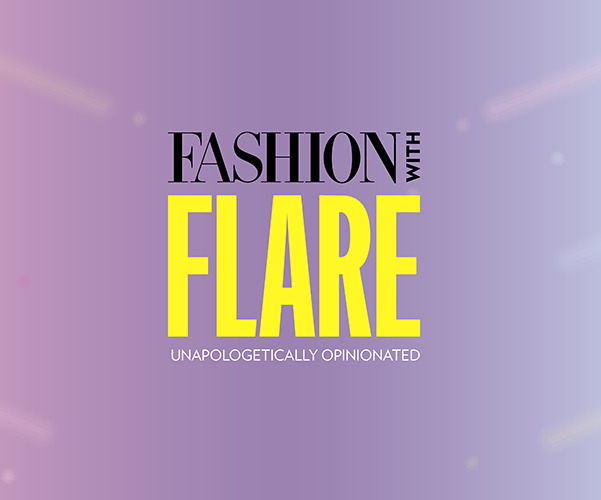 We are thrilled to be marking Canadian media history by welcoming Flare readers to FASHION Magazine. These two great Canadian media brands — which were once fierce rivals — have come together to bring you all things fashion and beauty plus the hot takes on all the big topics that matter.

This change is part of the evolution that both brands have experienced over many decades. Flare began as Miss Chatelaine in 1964 as a spin-off of Chatelaine and targeted teenage girls with high school-friendly fashion and dating and etiquette tips. But with the growing feminism movement, content began to shift to career advice and photo shoots showed more office apparel and eventually, a magazine with the word “Miss” in the title didn’t fit with the times. And so Flare was born in 1979 with a strong Canadian point of view on fashion, beauty, culture and relationships.

A few years earlier, city magazine Toronto Life began publishing fashion supplements and in 1977, Toronto Life Fashion was popular enough to become its own magazine. Through the ’80s and ’90s the magazine expanded distribution across the country and “Toronto Life” was slowly dropped from the title (literally, the words became smaller and smaller until they vanished).

With two vibrant Canadian fashion magazines on newsstands, a rivalry was inevitable. But four years ago, Flare stopped printing and concentrated on building a strong online audience. A small but clever editorial team focused less on fashion and beauty and more on culture — whether that meant political explainers, relationship issues or recaps of the latest Bachelor drama.

Last year, FASHION also went through a transition — transforming from a traditional women’s magazine to a fashion and beauty brand for all ages, sizes, genders, ethnicities and orientations.

With both brands evolving in different directions, it became clear that they could be perfect partners. You will now find “Flare” on the FASHION navigation bar and that’s where all our culture content will live in a different visual environment to convey the Flare “energy.” The FASHION and Flare newsletters have also been combined. For news about both brands, follow Fashion Magazine on Facebook and @fashioncanada on Instagram and Twitter.

Both these great brands have thrived by keeping pace with the times in their own ways. But they share much in common: curiosity about our country, respect for cultural differences, acceptance of all genders and orientations, and an appreciation of self-expression.

We welcome you on this journey with us.