Toronto Life celebrates the 50 Most Influential Torontonians of 2021

Toronto Life celebrates the 50 Most Influential Torontonians of 2021

Toronto Life hosted an (in-person!) event at Harry Rosen’s flagship store on November 25th to commemorate all the powerhouse Torontonians who made it onto this year’s list. Can you guess who was ranked Number One?

Toronto Life hosted an (in-person!) event at Harry Rosen’s flagship store on November 25th to commemorate all the powerhouse Torontonians who made it onto this year’s list. Can you guess who was ranked Number One? 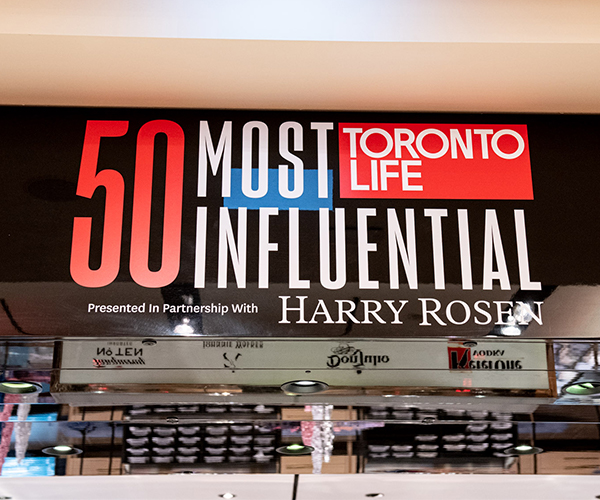 Every year, SJC Media’s Toronto Life curates a list of 50 individuals who are trailblazing the Toronto scene. To celebrate all those who made a mark on the city this year, Toronto Life held an event at Harry Rosen’s flagship store on Bloor Street.

After a long season of being stuck at home, a safely organized in-person event is something few could refuse.

“Virtual events have many benefits, including the opportunity to easily and quickly widen reach. But while they will continue to play a role in our new digital world, they don’t connect communities in the same way that in-person events do,” said Chantal Roy, Director of Membership Services for SJC media. “It is so great to see the pure joy on guests’ faces when they get to experience that connection with long lost friends, acquaintances and brands. There’s nothing like in person events that spark all of your senses!”

Who made the list? The round-up ranges from celebrities with TO roots like Drake, Simu Liu and Maitreyi Ramakrishnan to politicians who are paving the way (and the roads) in TO such as John Tory and Chrystia Freeland. But we can’t forget those who have been essential in helping citizens during a tremendously tough pandemic era; to name a few, Peel Region’s medical officer of health, Lawrence Loh; Minister of National Defence, Anita Anan; and the infamous Vaccine Hunters (Sabrina Craig and Andrew Young), who sit at the coveted top spot on the list.

Below are some of the photo highlights of the exciting event marking the people who made an impact this year.

Check out the December issue of Toronto Life, on newsstands or available on AppleNews+, or see the digital round-up on torontolife.com. 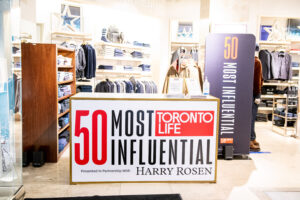 Toronto Life’s “50 Most Influential” sign for the event at Harry Rosen’s flagship store. 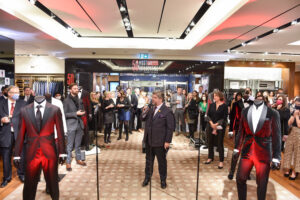 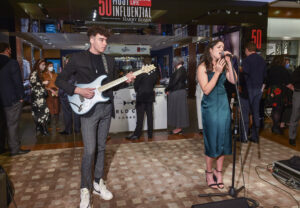 A live band performs as the guests mingle at the event. 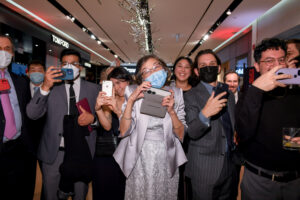 The guests pose for a snap with their phone cameras (and smiles) out! 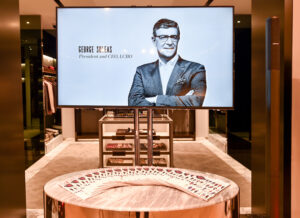 A photo of George Soleas, President & CEO of LCBO (and #47 on the list), is displayed over copies of Toronto Life. 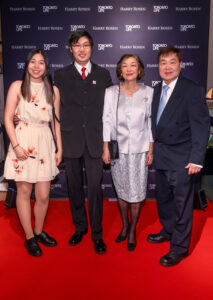 One of the Infamous Vaccine Hunters who sit at #1 on the list, Andrew Young (second from the left), poses with his family 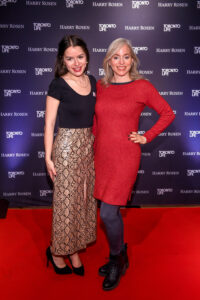 Sabrina Craig (left), the other half of The Vax Hunters and #1 Influential, poses with a smile 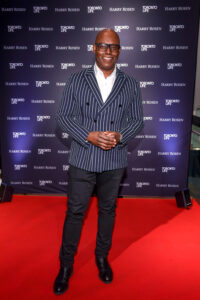 Influential #25 Cameron Bailey, Artistic Director and Head of TIFF, walks the red carpet at the event