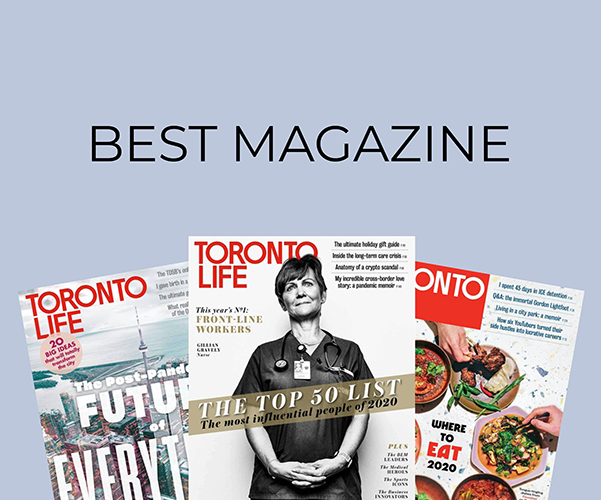 We’re so pleased to share the results of the 2021 National Magazine Awards (NMAs), held in a virtual ceremony hosted by Sandra E. Martin on Friday, June 11, 2021. Leading the awards with 47 nominations, SJC Media took home nine Gold and six Silver awards, including Toronto Life named the best magazine in the country in 2020.

“My colleagues worked so hard last year, so creatively, with such integrity and dedication, under totally insane circumstances (often with toddlers on their laps and homeschoolers nearby), it’s great to see their work recognized,” says Sarah Fulford, Editor-in-Chief of Toronto Life. “Telling the story of the pandemic as it played out in living rooms, warehouses, classrooms and ICUs was a tall order and the Toronto Life team rose to the occasion.”

Toronto Life won a total of six Gold and two Silver awards (see below). Named Magazine of the Year: News, Business & General Interest, it won the prestigious Magazine Grand Prix, given to the publication that is “alert to the cultural moment, bold in its journalistic exposés and smart in the platforms it uses to deliver content to its readers.”

Maclean’s won two Gold and four Silver awards including a double win for Christina Frangou in the Feature Writing category for “A Whole New Kind of Grief” and “Stealing Time” and the Cover Grand Prix for its June 2020 issue “On the Frontlines” (see below).

“This is an amazing honour,” says Stephen Gregory, Art Director of Maclean’s in his acceptance speech. “The power of this cover springs entirely from the photographer who made the image, Dr. Dawn Lim. I’m going to quote our Director of Photographer, Liz Sullivan, who said, ‘Dawn Lim is a multi-talented person, both a writer and photographer, and, we have to assume, a pretty good ER doctor, too … Dr. Dawn Lim is remarkable and we’re privileged to have published her important work.'”

Chatelaine took home the Gold in Long-Form Feature Writing for “The Long Shadow of Elizabeth Wettlaufer,” written by Katherine Laidlaw, who also won Gold for the Toronto Life piece “Heartbreaker.”

“To work on this story and write on this issue for Chatelaine was such a privilege,” said Katherine Laidlaw on Twitter following the award. “It’s just one horror story in an industry rife with horrors. Thanks so much to Denise Balkissoon (Chatelaine Executive Editor), Flannery Dean and Maureen Halushak (Chatelaine Editor-in-Chief) for your insights, patience, and trust.”

We are proud to share our Gold and Silver award-winning work from a defining year of our lifetimes. Congratulations to all the NMA winners!

View the highlights reel or click on each image below to read the piece. 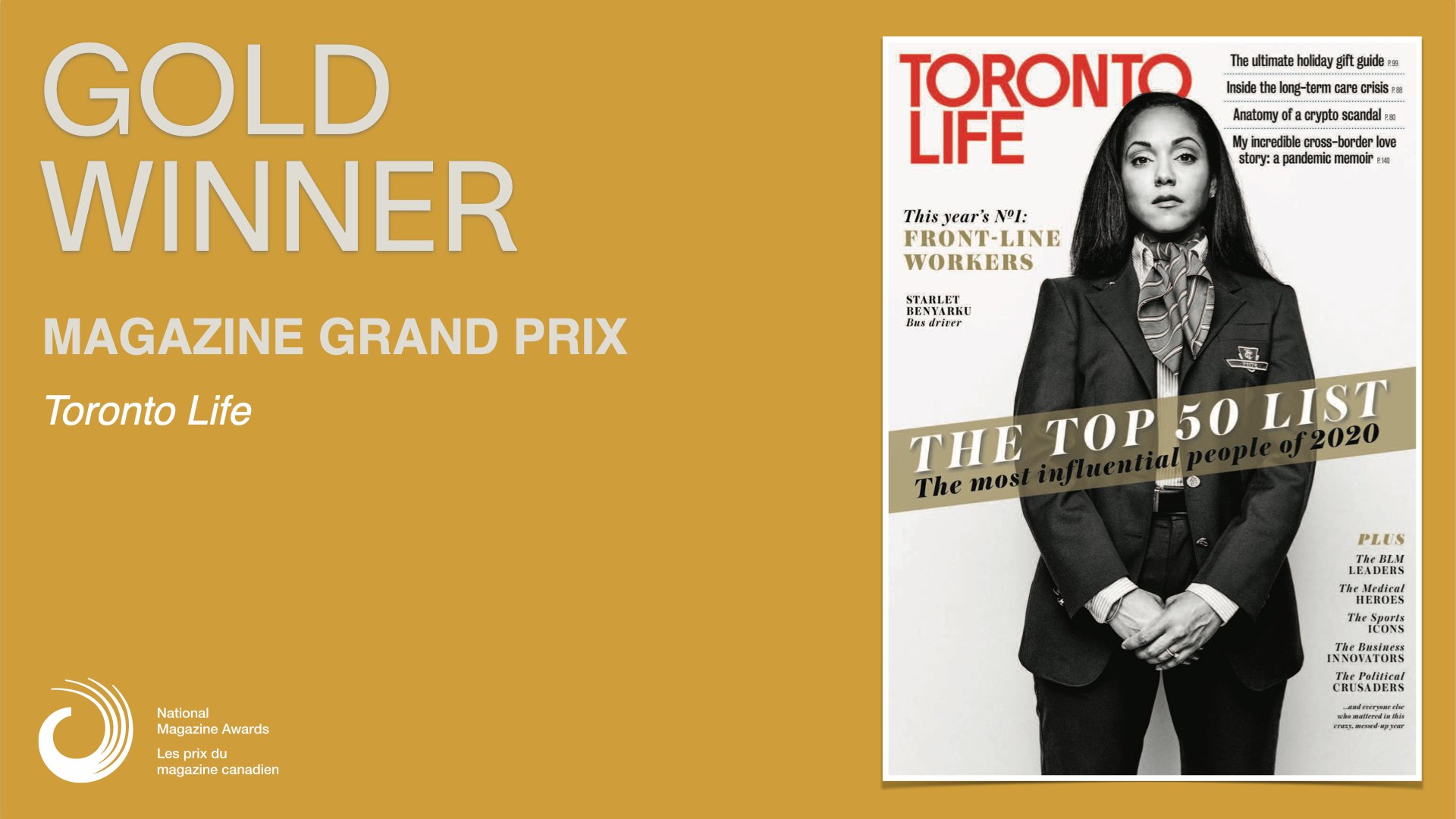 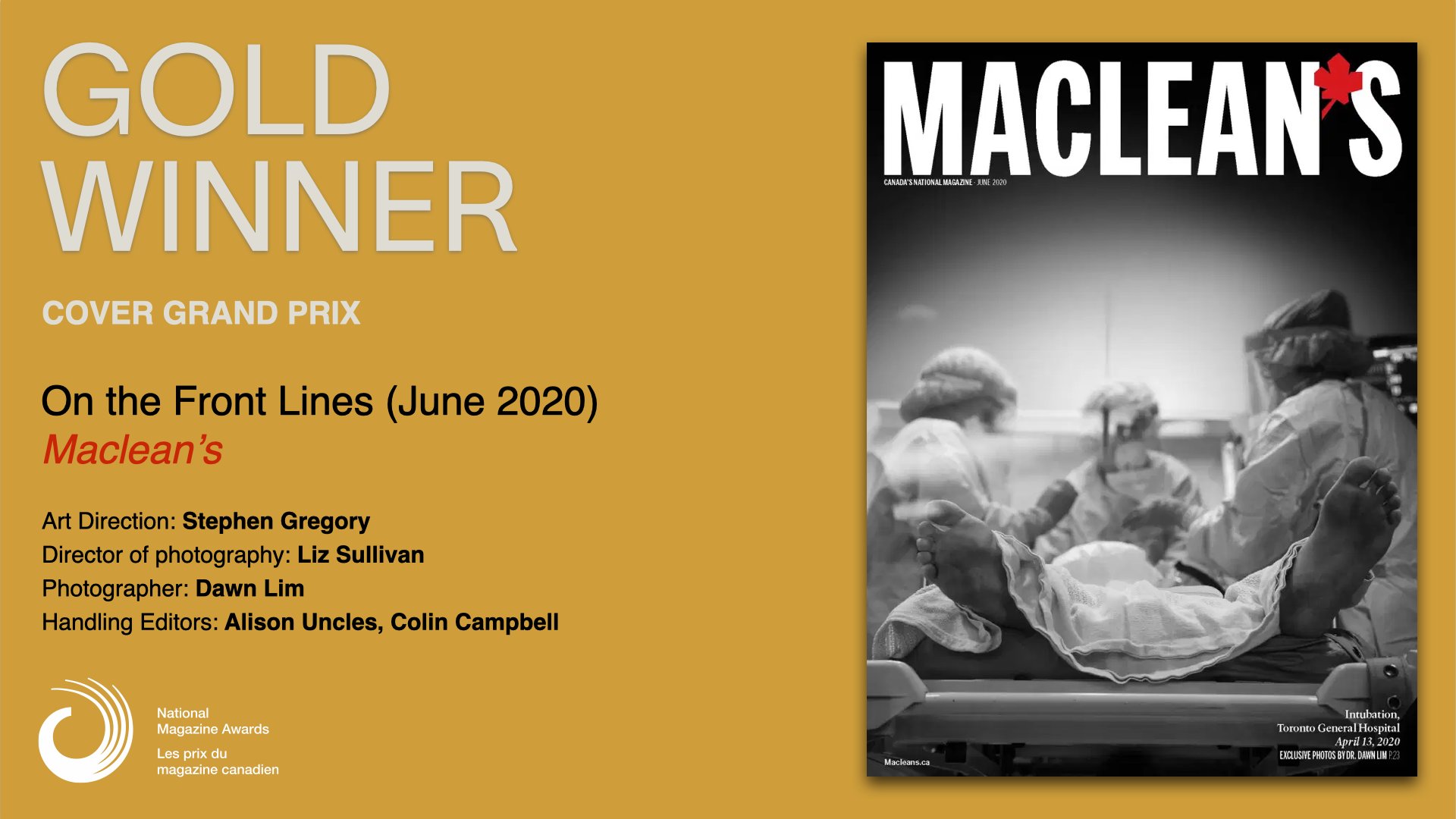 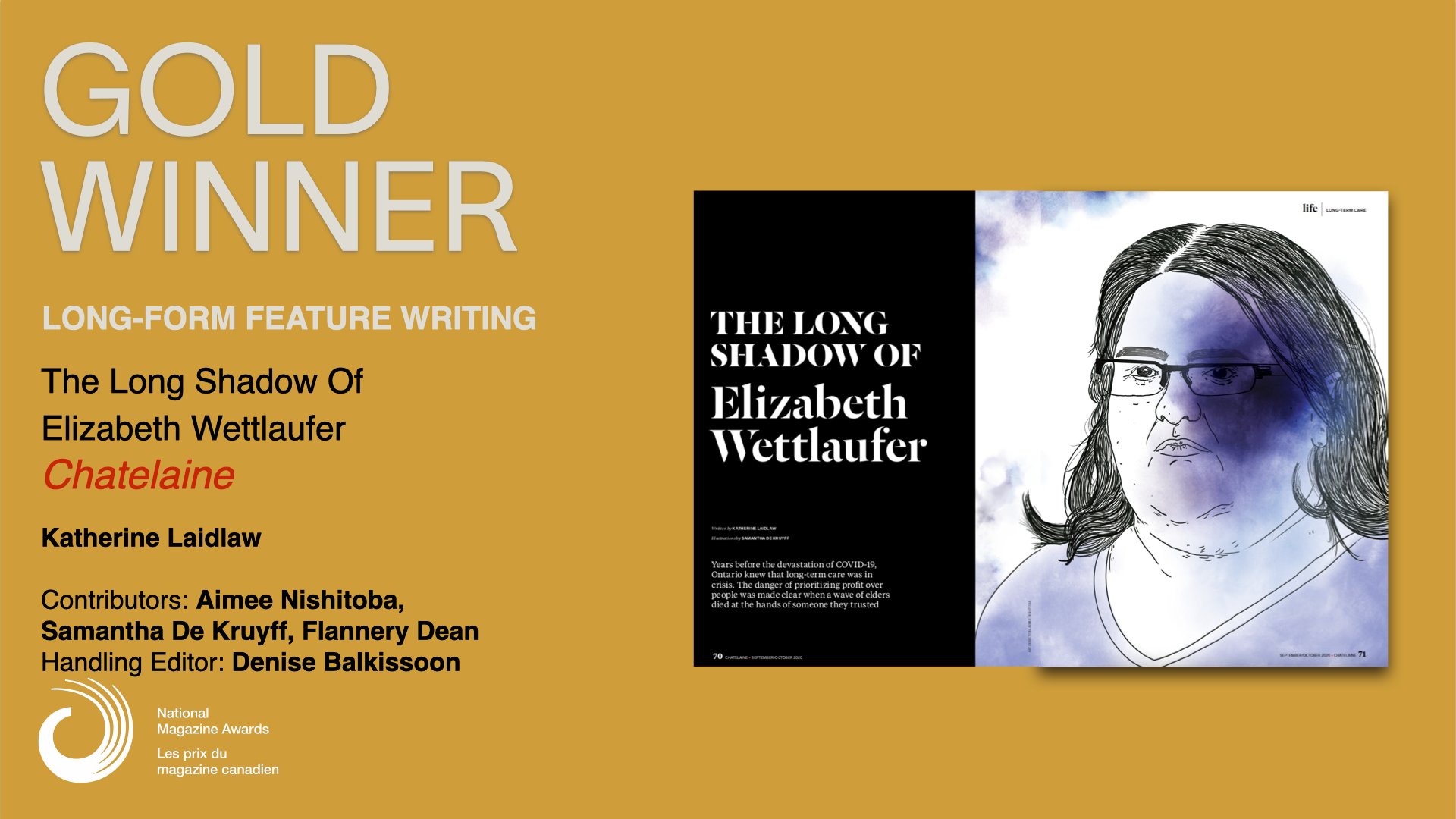 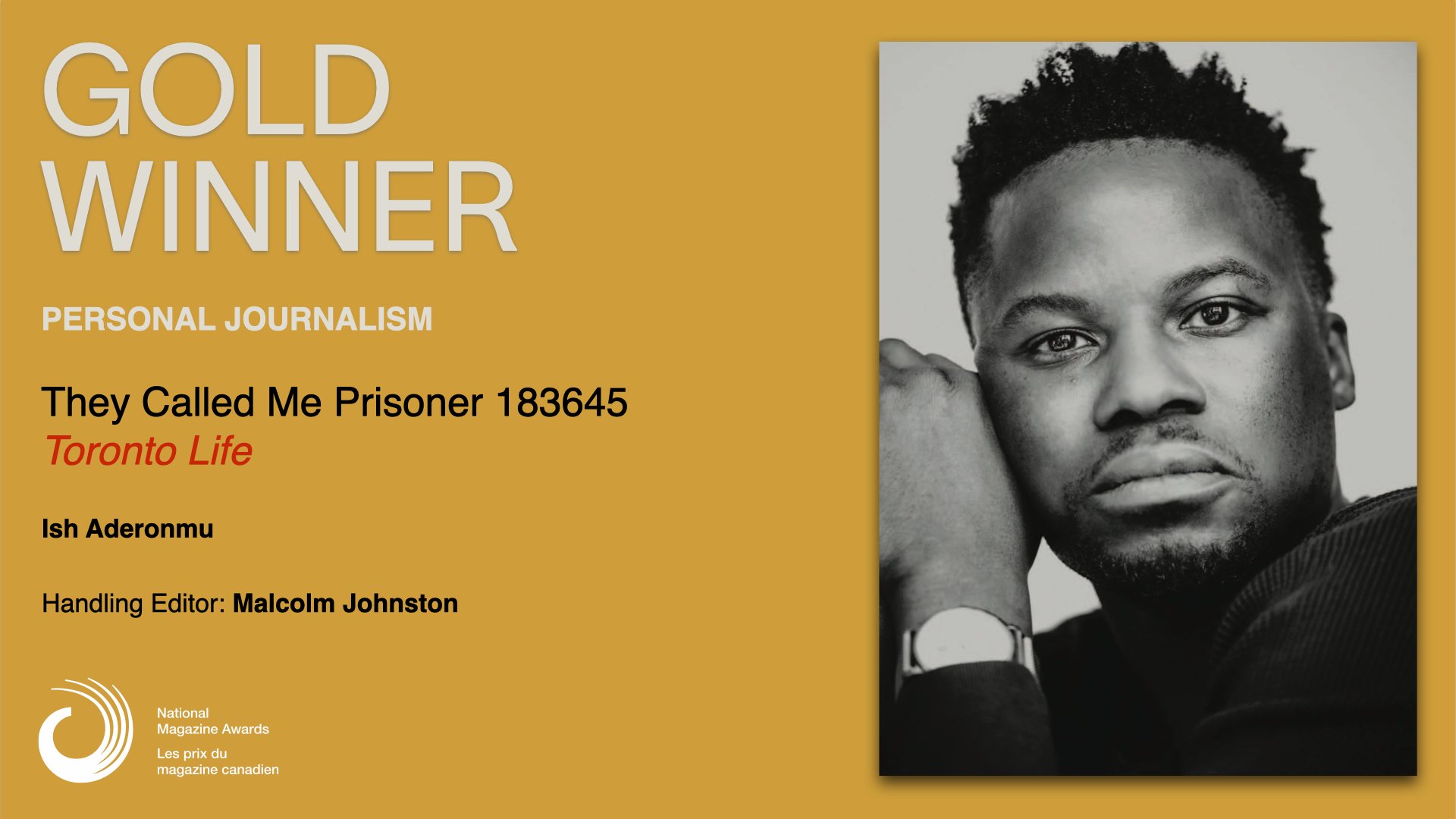 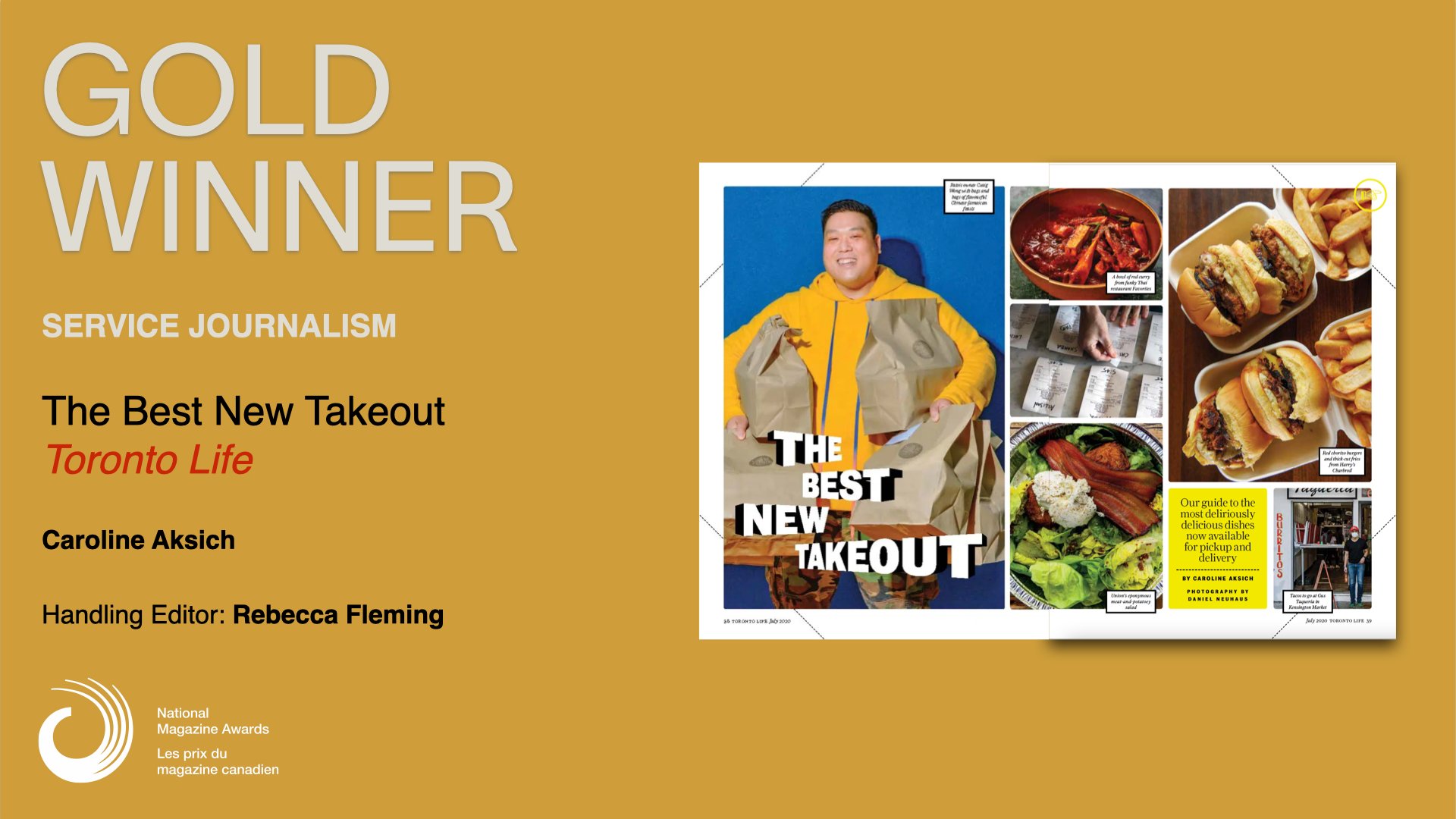 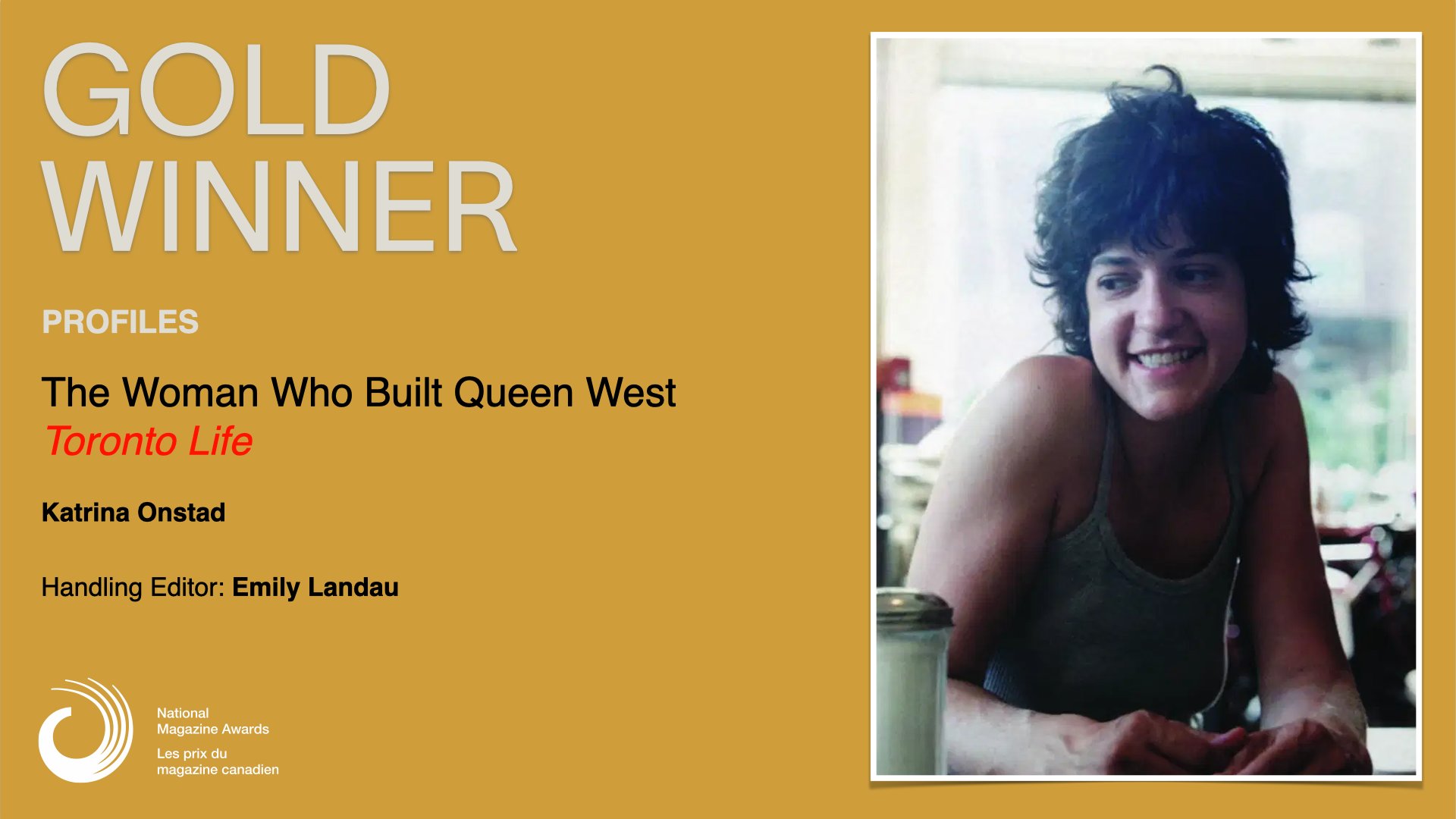 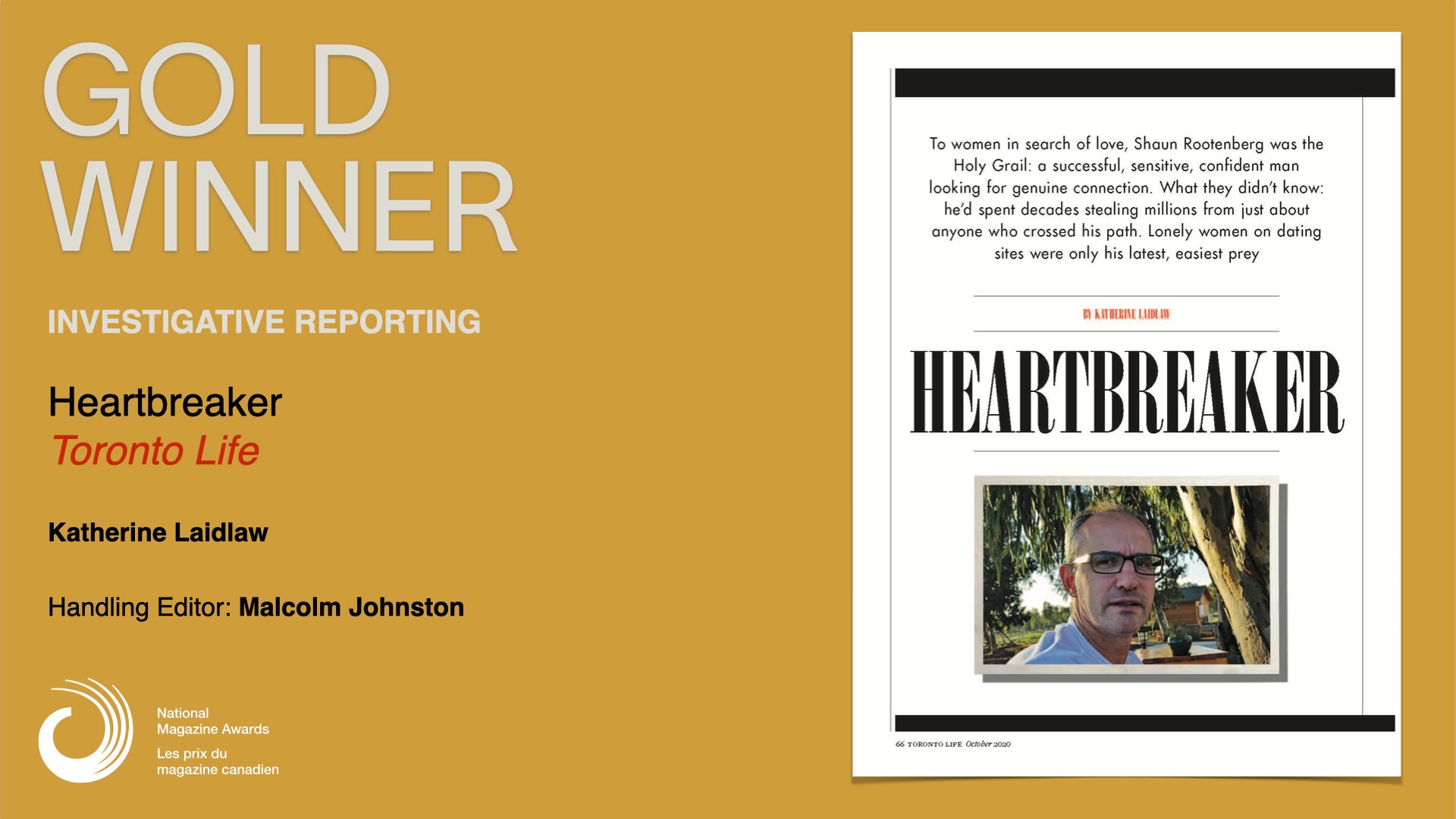 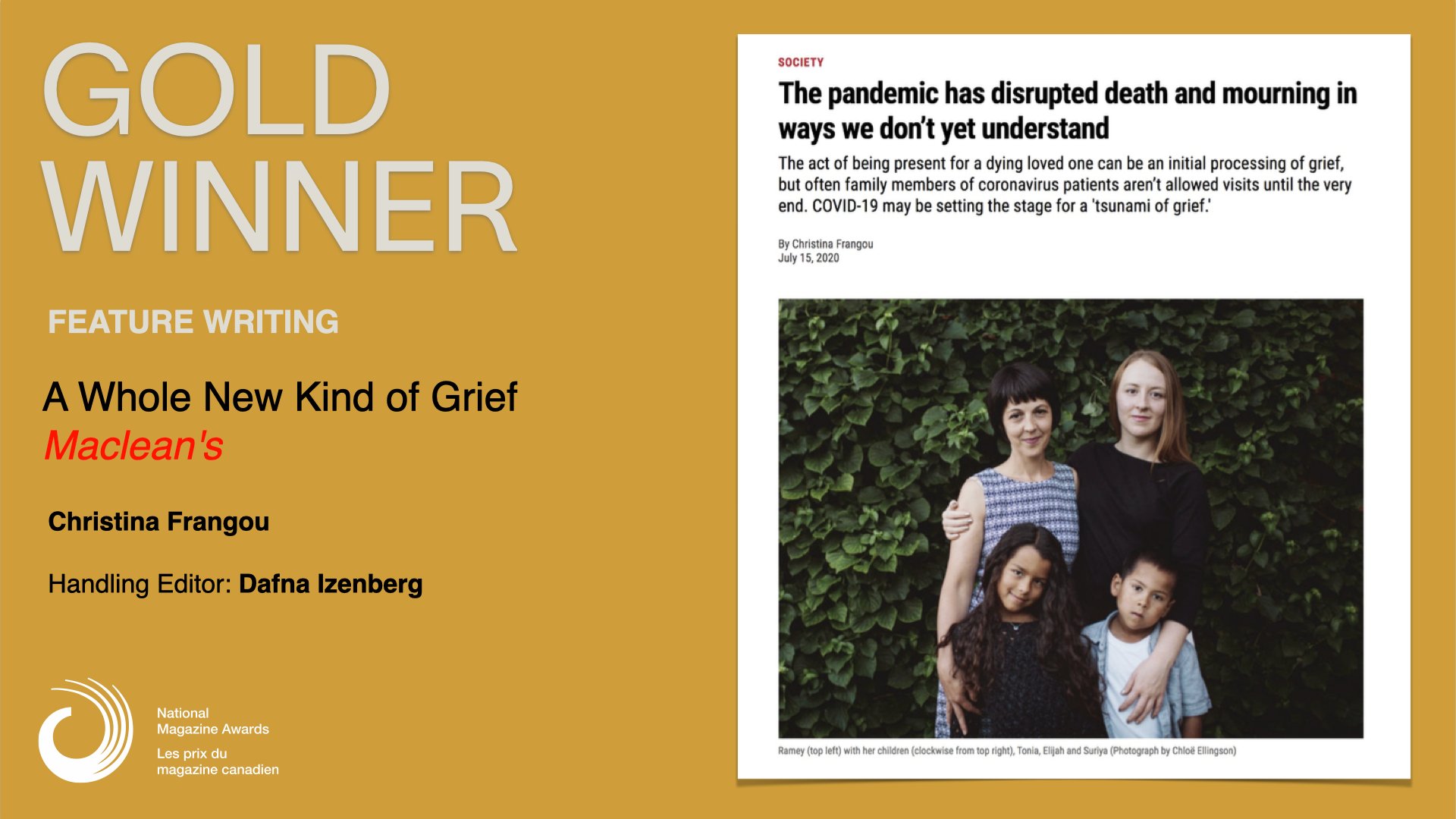 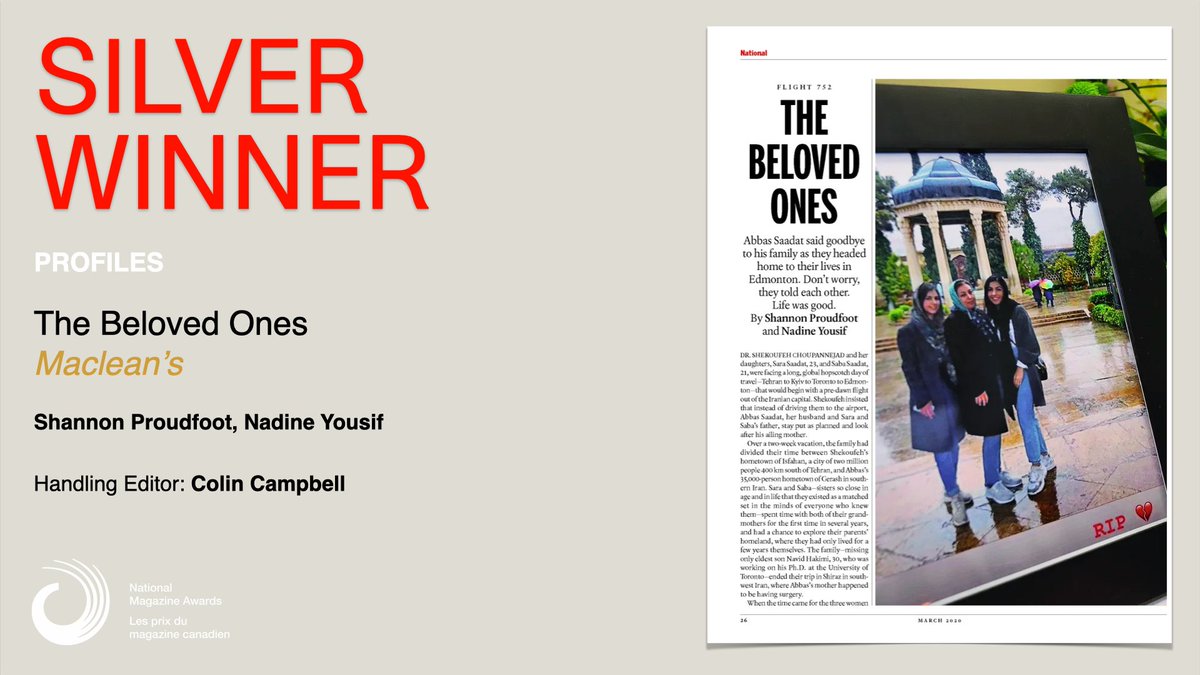 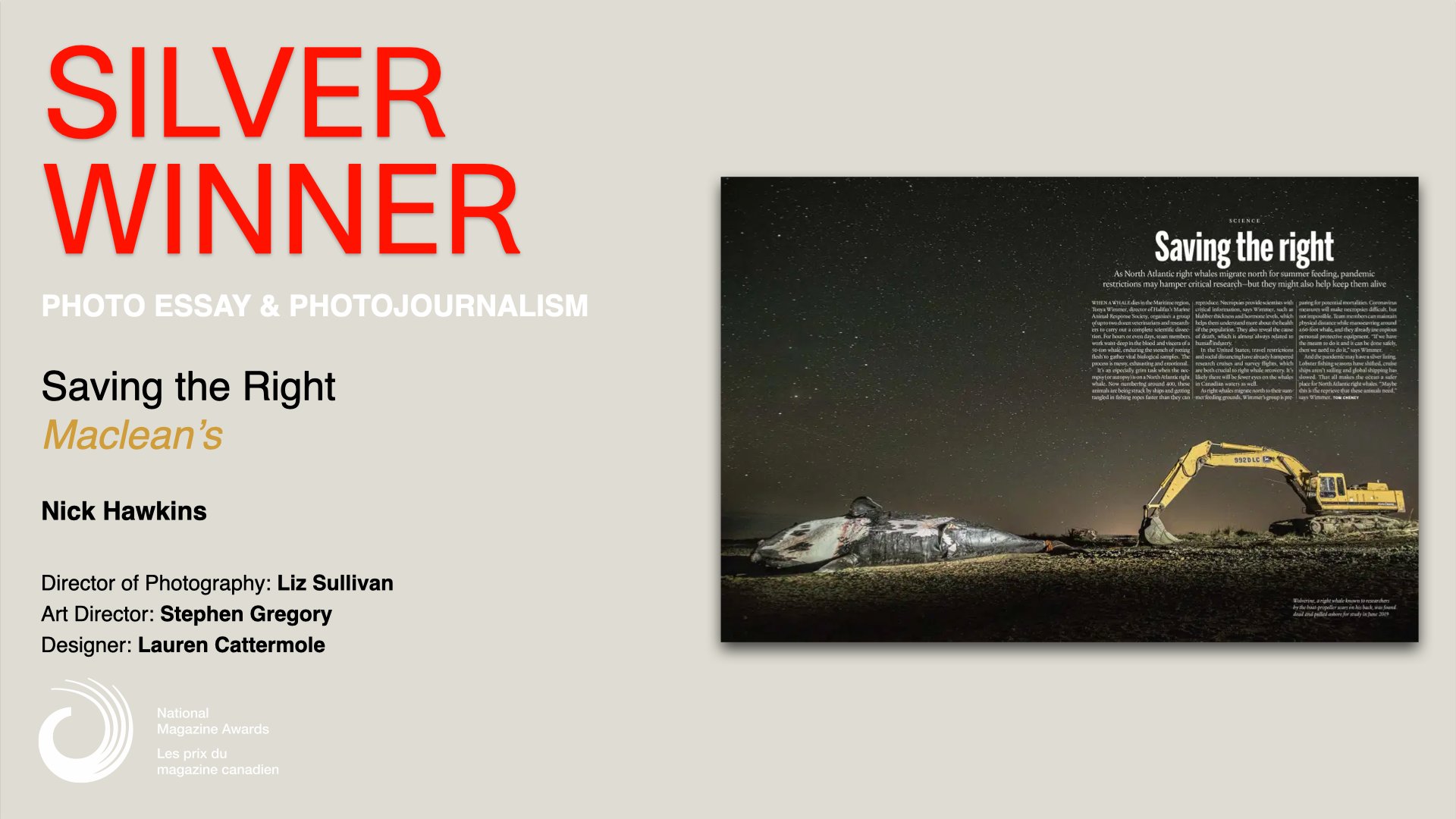 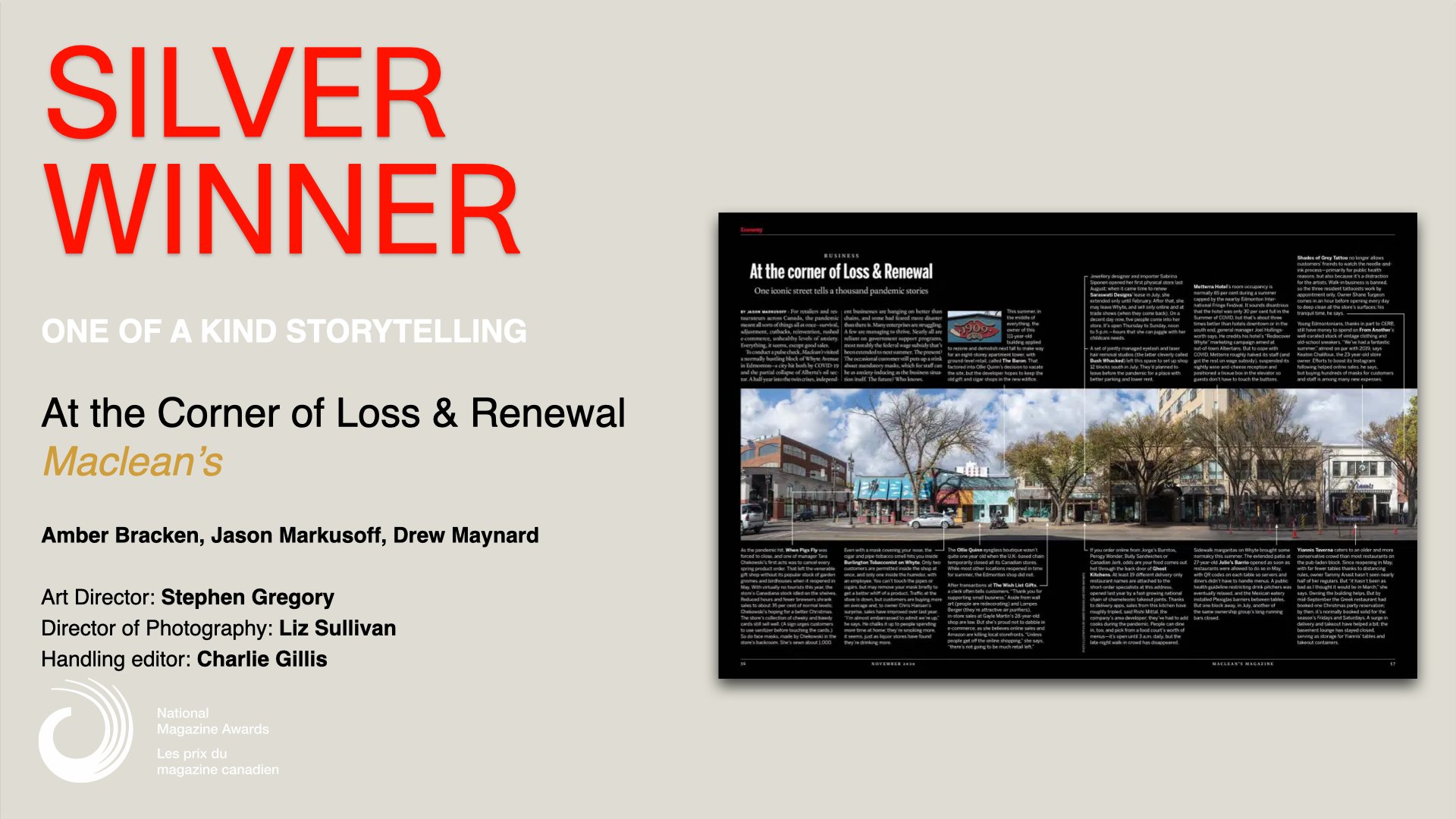 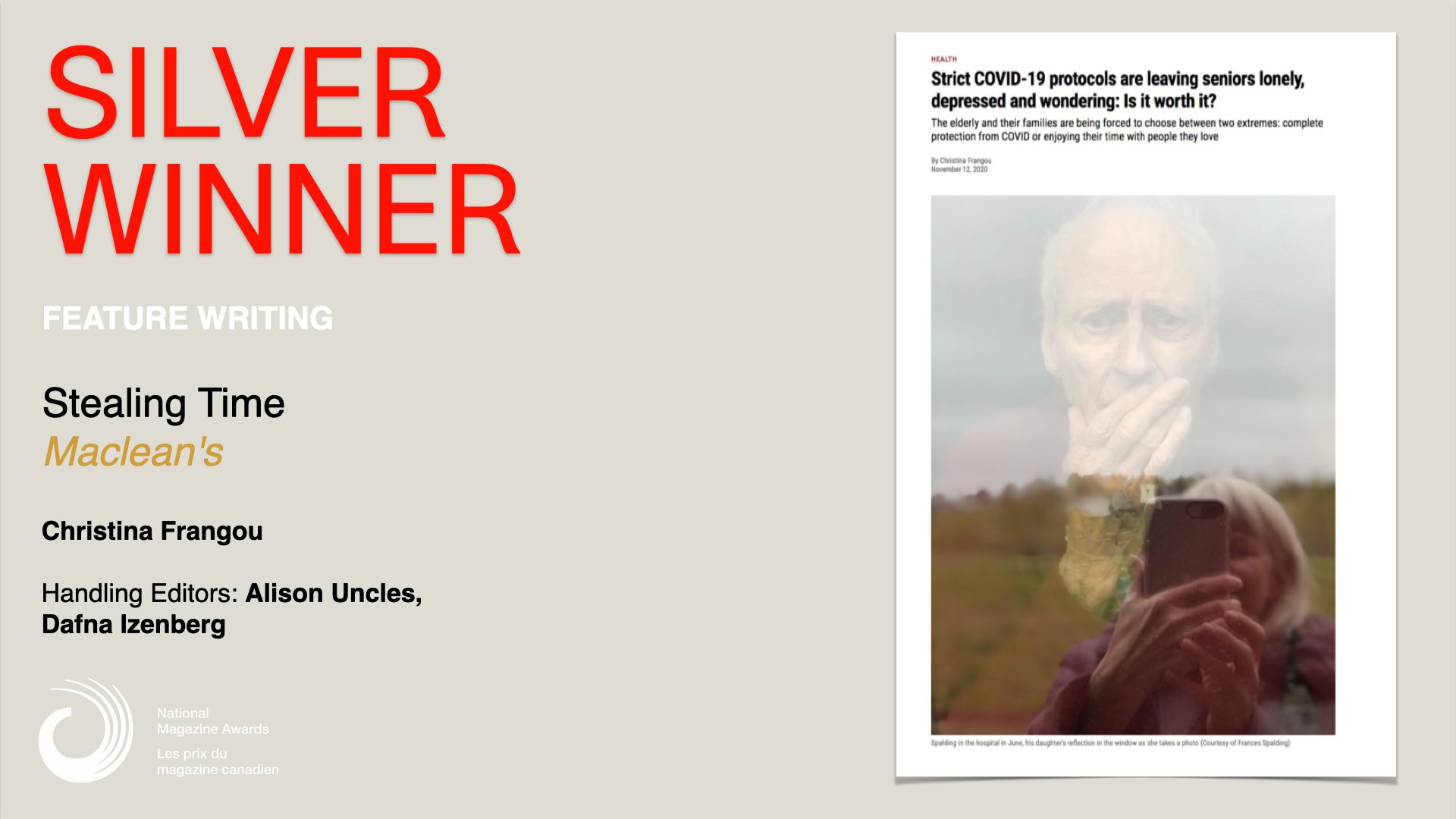 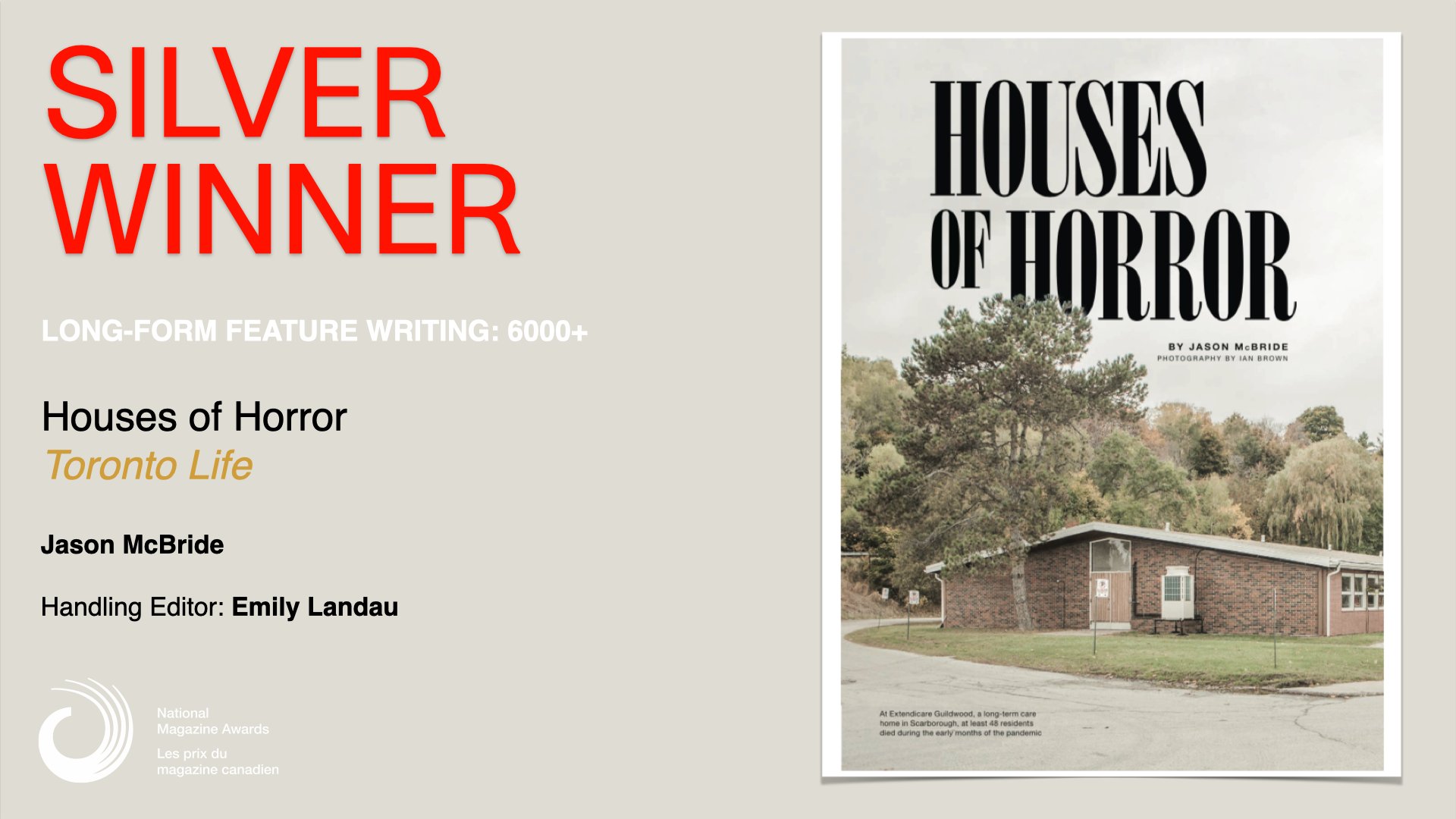 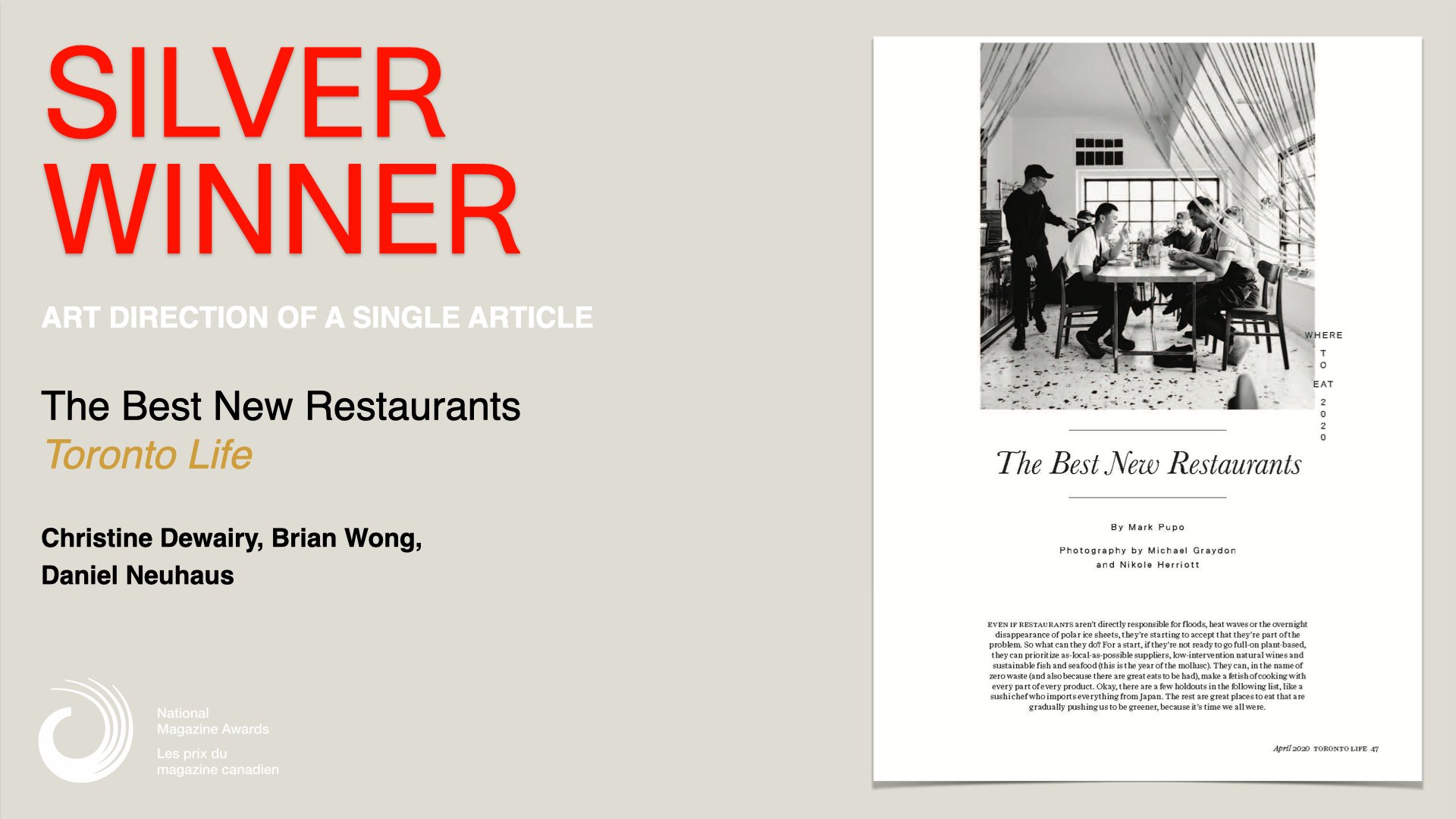 To browse all award-winning work from the 2021 NMAs, check out the Winners Circle. We are proud to be in such incredible company for producing compelling journalism on the issues that matter to Canadians.