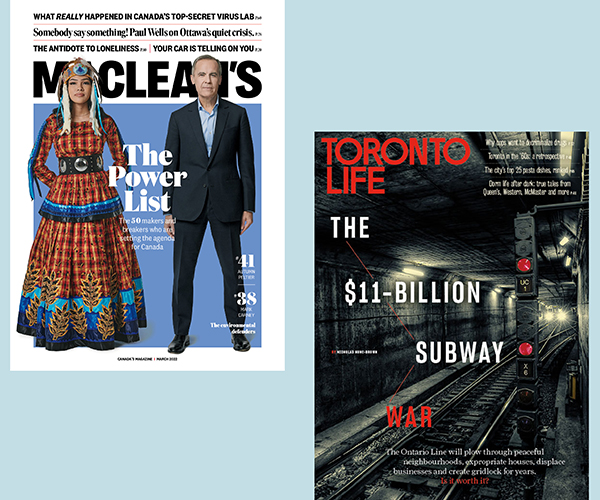 SJC Media is pleased to announce today new promotions and appointments at its Toronto Life and Maclean’s brands.

“Journalism is the beating heart of SJC Media,” says Ken Hunt, President & Publisher of SJC Media. “Our editorial teams represent the best talent in the country and their excellent work resonates with more than 17 million Canadians. I am immensely proud to join with Maryam Sanati, our SVP of Content & Creative, in announcing these exciting appointments.” 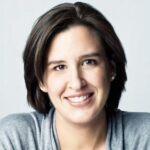 Sarah Fulford has been appointed Editor-in-Chief of Maclean’s. Sarah brings a razor-sharp vision to magazine journalism. She has led Toronto Life for the past 14 years, instilling an appreciation for compelling narratives and timely packages. As Editor-in-Chief of Toronto Life, Sarah oversaw the brand’s editorial revitalization and its transition into the digital age. During her tenure, the magazine won dozens of National Magazine Awards. In 2021, Toronto Life was awarded the NMA’s Magazine Grand Prix, the best magazine in the country, for its work covering the city during the pandemic. From 2018 to 2021, Sarah was the volunteer chair of the Toronto Public Library Foundation. 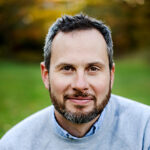 Malcolm Johnston has been promoted to Editor-in-Chief of Toronto Life. He joined the magazine in 2011 as an associate editor. In 2015, Malcolm was promoted to Senior Editor, and since then he has helped craft some of the country’s best feature stories, on topics as diverse as the homelessness crisis, the new world of legal recreational marijuana and sexism in the halls of surgery. His collaboration with writers has resulted in gold National Magazine Awards for five years in a row in the Investigative Reporting category. Malcolm has also written memorable profiles—including award-winning features on Blue Jays star Josh Donaldson and Olympic sprinter Andre De Grasse—and a series of investigative pieces. His most recent feature for Toronto Life is The Hunt for a Killer, a true-crime piece about the disappearance of Christine Jessop, which has been optioned for TV and film development.

Other promotions and appointments across the two brands include:

Emily Landau is taking on a joint role as Executive Editor of Maclean’s and the new position of Director, Editorial Features, SJC Media. Emily joined Toronto Life as an editorial assistant in 2011 and rose within the ranks of the magazine before becoming Senior Editor in 2016. Since then, she’s edited some of the magazine’s most acclaimed features, several of which have been among the brand’s all-time-highest digital performers. Many of the stories she’s edited have won gold at the National Magazine Awards, including two for Best Emerging Writer, and several more have been adapted as books and optioned for film and TV. She’s written many features for SJC, and her writing has appeared in the New York Times, Esquire and GQ. Emily has also been instrumental in the recent relaunch of Canadian Business, handling several departments and features.

Christine Dewairy has been appointed Creative Director, Maclean’s. Christine started her career in visual media at the National Post. She served as Art Director of the Weekend Post and the glossy quarterly Saturday Post Fashion, where she also acted as Style Editor. She went on to become the Art Director of various publications at Rogers Media, including Canadian Business and the brand she returns to this month: Maclean’s. Christine joined SJC as Art Director of Toronto Life in 2011, where she oversaw the creative direction of the magazine and all channels of the brand including the website, special issues and sponsored content. She has been recognized with awards from the National Magazine Awards, the Society for News Design and the Advertising and Design Club of Canada.

Jacob Sheen has been appointed Director, Production and Technology for Maclean’s. Prior to joining SJC, Jacob ran an editing company for eight years, working with writers, publishers and businesses. He’s copy edited for nine SJC magazines, as well as for Report on Business, Sportsnet and Torontoist. Jacob has served as Production Editor at Toronto Life since 2019.

Brian Anson Wong has been promoted to Art Director, Toronto Life. Brian is responsible for some of the most inspired and arresting design in magazine journalism in this country. He joined the Toronto Life art department in 2016 and quickly became its Associate Art Director. Brian has previously served as an integral part of the editorial design teams at Flare, More and Xtramagazine.com, as well as the branded content design teams at Condé Nast UK. Brian was recognized twice by the National Magazine Awards for his art direction of Toronto Life’s annual Best New Restaurants cover story.

Stephanie Firka has been promoted to Associate Art Director, Toronto Life. Stephanie is a highly versatile graphic artist and designer. Prior to joining the Toronto Life art department in 2017, Stephanie worked on a variety of custom content programs at SJC, including as a designer on Away magazine, produced for Toronto Pearson Airport, and on a wide range of exhibition graphics and interactive design for the National Music Centre in Calgary.

SJC congratulates each of these SJC Media team members on their exciting new roles and looks forward to another incredible year of best-in-class storytelling.