June is Pride Month! We asked our editors of Quill & Quire for their favourite reads. See the recommended adult, YA and children’s books that celebrate LGBTQ2+ voices.

June is Pride Month! We asked our editors of Quill & Quire for their favourite reads. See the recommended adult, YA and children’s books that celebrate LGBTQ2+ voices. 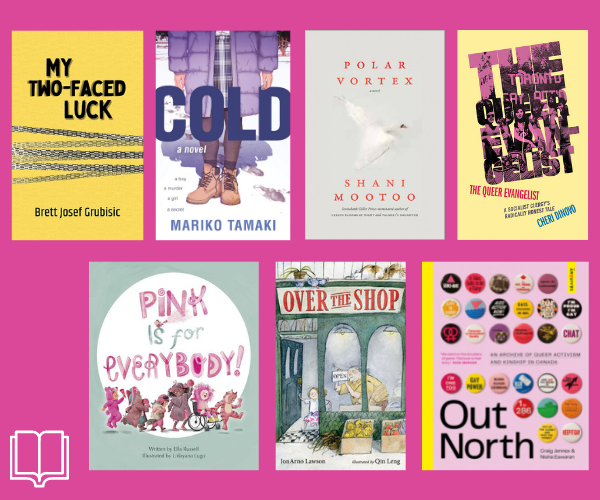 From the publisher: A queer minister, politician and staunch activist for LGBTQ rights, Cheri DiNovo went from living on the streets as a teenager to performing the first legalized same-sex marriage registered in Canada in 2001. From rights for queer parents to banning conversion therapy, her story will inspire people (queer or ally) to not only resist the system—but change it. 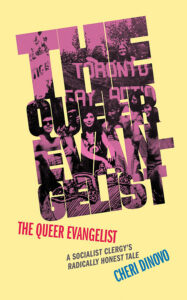 Out North: An Archive of Queer Activism and Kinship in Canada by Craig Jennex and Nisha Eswaran

From the publisher: The ArQuives, the largest independent LGBTQ2+ archive in the world, is dedicated to collecting, preserving, and celebrating the stories and histories of LGBTQ2+ people in Canada. Since 1973, volunteers have amassed a vast collection of important artifacts that speak to personal experiences and  significant historical moments for Canadian queer communities. Out North: An Archive of Queer Activism and Kinship in Canada is a fascinating exploration and examination of one nation’s queer history and activism, and Canada’s definitive visual guide to LGBTQ2+ movements, struggles, and achievements. 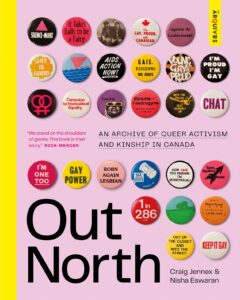 From the publisher: Speculation based on a cruise ship murder in 1985 and the final volume of the River Bend Trilogy (The Age of Cities; From Up River and For One Night Only), My Two-Faced Luck captures a singular voice as it divulges startling facts behind a rough passage through the upheavals of the twentieth century. 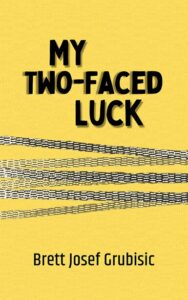 From the publisher: Priya and Alexandra have moved from the city to a picturesque countryside town. What Alex doesn’t know is that in moving, Priya is running from her past—from a fraught relationship with an old friend, Prakash, who pursued her for many years, both online and off. Time has passed, however, and Priya, confident that her ties to Prakash have been successfully severed, decides it’s once more safe to establish an online presence. In no time, Prakash discovers Priya online and contacts her. Impulsively, inexplicably, Priya invites him to visit her and Alex in the country, without ever having come clean with Alex about their relationship—or its tumultuous end. Prakash’s sudden arrival at their home reveals cracks in Priya and Alex’s relationship and brings into question Priya’s true intentions. 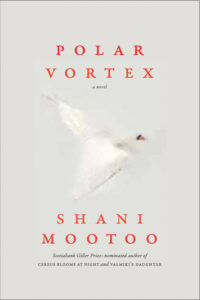 From the publisher: Todd Mayer is dead. Now a ghost, hovering over his body, recently discovered in a snow covered park, naked and frozen. As detectives investigate Todd’s homicide, talking to the very people linked to the events leading to his death, Todd replays the choice that led him to his end.

Georgia didn’t know Todd. But ever since she heard about his death, she can’t stop thinking about him. Maybe because they’re both outcasts at their school, or because they’re both queer. Maybe because the story of Todd people keep telling feels like a lot of fake stories Georgia has heard people tell. Plus Georgia has a feeling she’s seen Todd somewhere before, somewhere he wasn’t supposed to be.

Told through the voices of Todd in his afterlife and Georgia as she uncovers the truth behind his death, Cold is an immersive, emotional, and provocative read. 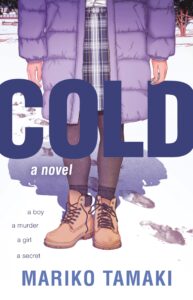 Pink Is for Everybody by Ella Russell and Udayana Lugo, ill.

From the publisher: A group of kids is stuck inside on a rainy day, and they’re feeling gloomy … until they discover a pink treasure chest! Inside they find a collection of items that turn their gray day into a playground of pink. Pink is for painters and palace-dwellers, aliens and astronauts, dancers and dragons! In a parade of exuberance that celebrates all things pink, one surly cat stands apart and teaches the kids a gentle lesson about choosing what you love, no matter who you are, while respecting the unique preferences of everybody around you.

This uplifting ode to self-expression goes beyond the binary expectations of gender to emphasize the importance of creativity and acceptance. It invites readers into a welcoming space where different clothing, toys, and colors are enjoyed by all. With a diverse cast of kids and inclusive, gender-neutral language, this book encourages children to embrace their true colors. Over the Shop by JonArno Lawson and Qin Leng, ill.

From the publisher: A lonely little girl and her grandparent need to fill the run-down apartment in their building. But taking over the quarters above their store will mean major renovations for the new occupants, and none of the potential renters can envision the possibilities of the space—until one special couple shows up. With their ingenuity, the little girl’s big heart, and heaps of hard work, the desperate fixer-upper begins to change in lovely and surprising ways. In this bustling wordless picture book, JonArno Lawson’s touching story and Qin Leng’s gentle illustrations capture all angles of the building’s transformation, as well as the evolving perspectives of the girl and her grandparent. A warm and subtly nuanced tale, Over the Shop throws open the doors to what it means to accept people for who they are and to fill your home with love and joy. 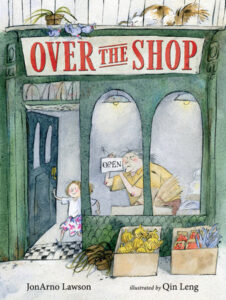 For more of our themed Reading Recommendations curated by the editors of Quill & Quire: