The iconic magazine’s vibrant new look includes a broadened range of stories relevant to Canadians at this historic moment.

The iconic magazine’s vibrant new look includes a broadened range of stories relevant to Canadians at this historic moment. 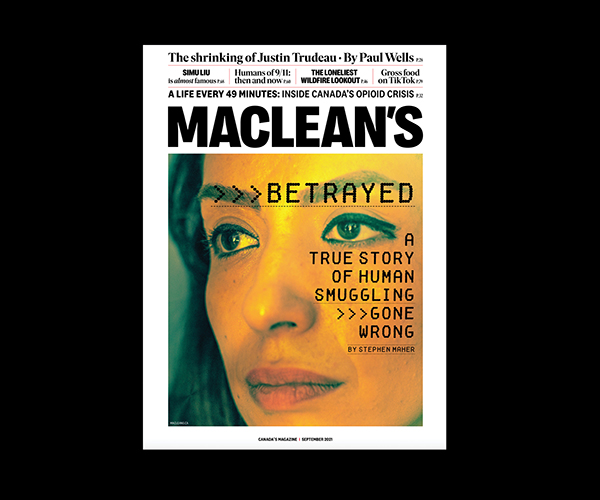 This marks Maclean’s first redesign in 10 years and one of the most extensive visual overhauls in its 116-year history. Maclean’s is also broadening its core mandate to include a mix of clever stories from Canada’s best writers on a range of topics from politics and public affairs to trends in technology, the arts, design and pop culture.

“The reinvisioned Maclean’s is gorgeous, bold and smart,” says Alison Uncles, Maclean’s Editor-in-Chief. “It delivers on the promise of a current affairs magazine, circa 2021; we cover politics and public affairs, of course, but we also embrace the zeitgeist stories you’ll be discussing with your friends tomorrow. In an age of distraction, a beautifully designed print magazine is a thing unto itself, a physical artifact that leans into a mandate of beauty and knowledge.”

“We locate our new cover somewhere between a newspaper front-page and a book cover; it’s the kind of cover that sits comfortably on the coffee table for a month but also simply has to be read the moment it arrives in the mail,” says Gregory. “In creating this new Maclean’s, we put more focus on stunning design, while remaining true to the history of this iconic 116-year-old magazine.” 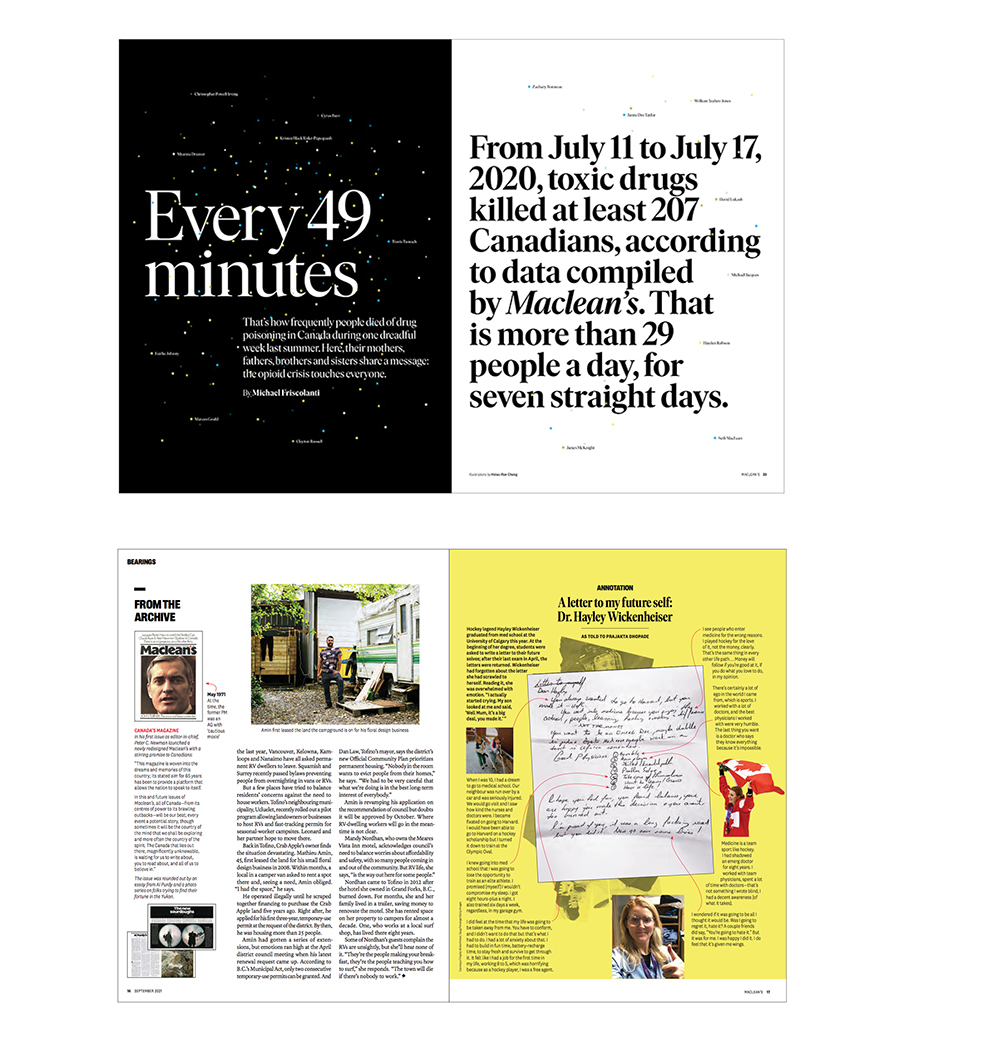 Throughout the last century, Maclean’s has covered the Spanish Flu, women’s suffrage, universal healthcare, two world wars and 33 Federal elections. With over five million monthly readers across print and digital, Maclean’s remains one of the country’s most trusted media brands. At the start of the pandemic, Maclean’s number of unique web visitors soared to over seven million as Canadians sought out the most reliable information at a pivotal time. Further testament to its relevance and commitment to quality journalism, Maclean’s won two Gold and four Silver Awards at the 2021 National Magazine Awards.

The new Maclean’s better reflects the seismic shift in readers’ interests over the last few years.

“While our younger readers used to equate civic engagement with voting, they have now turned towards activism around issues such as race and the environment as ways to express their concerns about the country,” says Uncles. “We are so pleased to unveil a Maclean’s that’s more feisty, vibrant and even more relevant, packed with stories that Canadians just have to read.”

Features of the new Maclean’s include:

Elements of Maclean’s new look, including the nameplate, have been incorporated in the website, with a more extensive digital redesign planned for later this year.

About Maclean’s
Founded in 1905, Canada’s magazine covers current affairs in the broadest sense of the term, including politics, culture, trends, ideas and personalities. Whether through its monthly print edition, daily online stories or live events, Maclean’s delivers new and smart ways for its audiences to appreciate the world through a Canadian lens. Visit macleans.ca or connect on Twitter, Facebook, Instagram or YouTube.