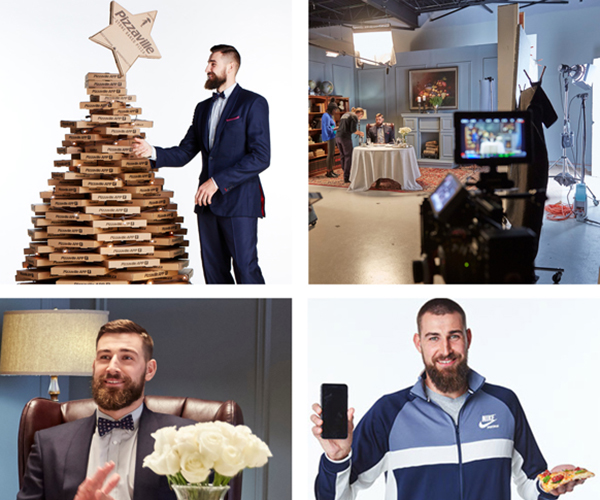 In his tenure as a fan-favourite Toronto Raptor, Jonas Valanciunas could often be found with a slice of pizza in hands – a Pizzaville slice to be exact. For two years, SJC Content had the pleasure of working with Pizzaville and its brand ambassador, Jonas, helping to create campaigns and videos that complemented the partnership while highlighting key brand features.

“The SJC team was able to leverage our partnership with Jonas while promoting our new app and Party Size pizzas in a fun, natural and engaging manner,” said Stephanie Contardi, marketing and promotional coordinator for Pizzaville.

The SJC team created videos for television, with shorter edits adapted for digital and social sharing, including pre-roll for YouTube and Globalnews.ca, paid sponsored ads for Facebook and Instagram and 30-second and 15-second spots broadcast on C24 and SportsNet. We also captured a series of photos at each shoot for Pizzaville to use in its various marketing collateral and promotions.