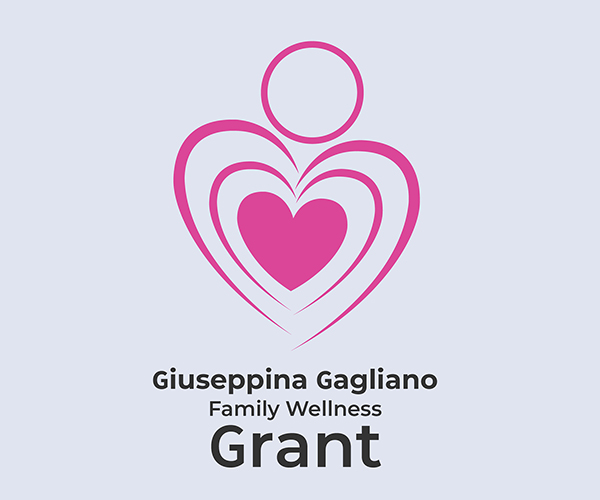 The Giuseppina Gagliano Family Wellness Grant honours the legacy of SJC’s matriarch by supporting organizations devoted to family well-being. Areas of focus include, and are not limited to, health, education, equality, childcare and financial stability.

SJC launched the Grant on Women’s Day 2021, following one of the most difficult years in our lifetime. Families across Canada faced new challenges around finances, job security, childcare, social justice, and of course, health.

Family, to Giuseppina, was everything. An immigrant, the mother of 10 children and partner to her entrepreneurial husband who started a print company in the basement of their family home, she faced hardship and sacrifice. But she understood that a strong family foundation grounded in love and support could get them through anything.

The goal of the Giuseppina Gagliano Family Wellness Grant is to support an organization that is helping Canadian youth to know the strength and security that comes from a safe and happy family life. One in which basic needs are met and equal opportunities are provided to thrive, learn, grow and feel respected and loved.

We encourage you to read Giuseppina’s inspiring story below. If you are interested in applying for the Grant, please note the following guidelines and complete the form.

Many people know the story of SJC’s founder, Gaetano Gagliano. He started SJC in the basement of his family home as a new immigrant to Canada. He grew the operation into a large media company and at 86 years old, went on to found Salt+Light media network to share stories of hope, faith and good works around the world.

The story of Giuseppina is lesser known, but no less important or impactful.

In his 2000 biography, Gaetano said this about Giuseppina:

“Fifty per cent of everything belongs to my wife. She often discusses my ideas, but then, we always find common ground. She has been the ideal collaborator. She has raised our children in a wonderful manner. I could have never imagined that we would be able to accomplish so much and so well.”

The story of SJC is intertwined with the life story of Giuseppina – her quiet confidence, wisdom and loving presence shaping the growth of her family – and of the business itself.

Gaetano and Giuseppina were married in a small farming town in southern Italy called Cattolica Eraclea in 1945. The early years were challenging, filled with hard work and long days on the farm and the increasing demands of infants and young children at home.

When Giuseppina was pregnant with her fifth child, she raised the idea of immigrating to Canada for the chance at a better life for their young family. “I told him (Gaetano), it was not possible to continue with such a frenzied pace. And as soon as my sister let me know that a fresh start was possible in Canada, I convinced him to take this step.”

And so Gaetano and Giuseppina embarked on the long journey and a new life in Canada, where new possibilities – as well as uncertainties and sacrifices – awaited.

When they arrived in Toronto in 1954, they stayed with Giuseppina’s sister, who offered them a room with a covered veranda. It was cold, and tight quarters for four young children. But the family remained sheltered by Giuseppina’s love and care, while Gaetano was out working long days for CP Rail to support his family.

“In a world in which heroes are few and far between, my mother and father were part of a generation of heroes,” says Tony Gagliano, Executive Chairman and CEO of SJC – and seventh-born to Gaetano and Giuseppina.

In 1956, after only two years since their arrival in Canada, Gaetano bought his first handheld letterpress. By that time, the family lived in a home on Dufferin Street in Toronto; they rented out the top two floors and the family – as well as that printing press – resided in the basement.

When Giuseppina first saw the strange gadget entering her home, with her characteristic positive outlook, she smiled and teased her husband: “I want to see how you will be able to feed a family of six children with this little machine!”

Giuseppina was pivotal in turning that little machine into the company’s official beginnings. The very first time Gaetano tried to operate the letterpress, he started the motor and the rollers snapped off in a hail of ink jets. On the second go, he skipped the motor and asked Giuseppina to turn the rollers manually. It worked.

While early on, Giuseppina was wary of the risks of a new business that her family relied on for its basic needs, she was confident in their shared faith and determination. She involved herself in the printing business whenever she could – all the while catering to the many needs of feeding and caring for the family.

“We had many children and little money, and the time on my side was very limited,” said Gaetano in his 2000 biography. “I was doing what I could; she was tireless. She deserves all the credit. Our children resemble their mother. They take after her.”

News of an Italian-speaking printing company quickly spread and in the 1960s, the Gagliano family grew alongside the business, eventually totalling 10 children. In 1971, the family finally had a house separate from the printing company.

While the eldest Gagliano children became immersed in the business as it grew into a commercial printer and later into a content and media company, the family could always count on the love, support and respect provided at home. Daily prayer, Mass on Sundays and quality time with family were the values on which Giuseppina never wavered.

Giuseppina was present at all significant company events across the decades and Gaetano was always proud to introduce his wife.

When Giuseppina was once asked what message she’d want to share with her children (and many grand-children by that time), she replied: “The power of prayer, faith, and the hope that they always be united. They already are, and I rejoice of this, but my wish, as a mother, is that they remain close forever; firstly, inside their respective families, then between all of them, that is, all the families that form our family.”

Giuseppina was married to Gaetano for 70 years before his death in 2016. She died in 2019 after a long battle with dementia. She is survived by her 10 children, 36 grandchildren and 21 great-grandchildren.